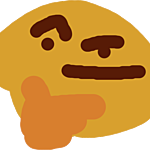 Invalid get index 'controls' (on base: 'Node (Settings.gd)')

There is an error in the godot editor that also appears in the official project source code ("Chapter 2 - Slow motion aiming").

The full error is the following:

res://src/Player/Camera/ShakingCamera.gd:25 - Invalid get index 'controls' (on base: 'Node (Settings.gd)').
It seems to come from the "tool" keyword at the beginning of ShakingCamera.gd, but I don't know what is the problem.